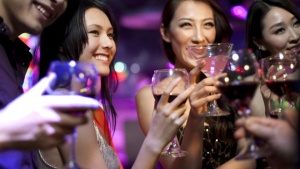 China is still on track to leapfrog France and become the second biggest wine market in the world, though it will take longer than originally predicted for the Asian nation to overtake its European rival due to the Covid-19 pandemic and economic recession.

This is according to the CEO of the IWSR Mark Meek speaking at a joint press conference organized by IWSR and Vinexpo. “Growth trajectory will be a bit different and slightly subdued from our pre-Covid prediction but …..we think China offers real growth opportunities whether it’s 2022 or 2025. China’s volume consumption will surpass other markets,” he said, going on to claim that the downturn would be more serious than the global economic crisis of 2008.

This time he predicts that post-Covid, the recovery will not be so much V shaped, as was the case 12 years ago, but more of a “Nike swoosh” a more gradual bounce back.

“The economic impacts on employment and disposable income means it will take longer for the world to recover,” he said, adding that the global drinks industry will likely have returned to pre-Covid levels by 2024.

Even before the pandemic outbreak, the wine industry was facing a considerable number of challenges, he pointed out, including problems with tariffs, trade frictions, Brexit and other political issues which have hampered the industry’s growth.

This year global wine consumption will see a volume decline of 13.6%, compared with 1.1% drop recorded in 2019. Heavy declines in China (-22 million cases) had “the single largest impact on global volumes last year”, while a contraction in the US, the first in 25 years, proved to be “a turning point”, adding to a series of high-profile wine markets in long-term decline, according to IWSR.

In China prior to the pandemic, still wine consumption had dropped by 15.4% in 2019, as a result of structural problems, a negative perception of the local wine industry, overstock and sluggish growth in larger conurbations.   This year, consumption will fall further and is forecast by IWSR to nosedive by nearly a quarter - 24.4% - in volume, mainly caused by a drop in local wine consumption.

In the next five years, consumption will still lag behind the 2019 level.   But there is some cause for optimisim, including online shopping, said Meek. “The real bright spots” pre-Covid including e-commerce market expansion and imported wine growth will return. Nearly 75% of younger drinkers of legal drinking age in China order imported brands via e-commerce, so it’s a substantial growing channel.”

China’s e-commerce now accounts for over 30% of total wine sales. Despite short-term setback, Meek said that wine imports are will bounce back strongly as it is perceived as a sophisticated choice for aspiring younger consumers, particularly women.