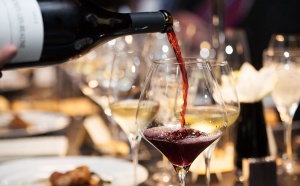 Small hospitality businesses in the UK will on average lose over £21,500 in lost work, earnings and loan repayments as a result of the Covid-19 pandemic, with over half fearing their business is a risk of permanent closure.

This is according to research by small business insurer Simply Business, which analysed over 250 small food and drink businesses within the hospitality sector.

As to the future the study also revealed how SMEs within food and beverage feel about life post-pandemic, with just over half (52%) worrying about losing customers and their jobs.   In addition, over a third (35%) said they are worried about running out of money, with one in three (32%) admitting they have had to borrow money from friends and family to keep afloat.

“Few small businesses have been hit as hard as those in the hospitality industry, and it's clear that many will take time to recover. Small business owners and the self-employed have shown how creative, determined and resilient they are throughout the pandemic, and we know they’re going to be crucial as the UK economy looks to bounce back,” said Alan Thomas, UK CEO at Simply Business.

The study also revealed that found that nearly three quarters of respondents (71%)  have been able to apply for government grants, loans and schemes, with over a third (36%) having felt “particularly supported”.   Only one quarter (24%), however, feel "fully supported” and just over the same amount (28%) have felt “no support at all”.