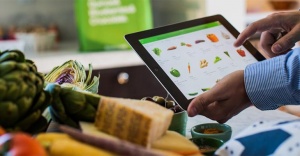 Online wine, beer and spirits sales in the UK continued to surge throughout the month of June, despite the reopening of the retail sector after the government mandated Covid-19 closures.

Sales were up by 3.5% compared to May, representing a 33.9% year on year uptick.   In June sales rocketed by 79.9%, second only to electrical goods at 99.7%, according to IMRG Capgemini’s Online Retail Index, which monitors online sales in 200 shops.

With the hospitality sector now having reopened in the UK, the online boom may see a slowdown as consumers have more ways to spend their money. But according to IMRG’s strategy and insight director, the trend is one that is here to stay.

“In June, growth for online retail sales was once again at a rate we’ve not seen since 2008, even with the shops open for half of it,” he said. Commenting on how long the surging sales will last, he said: “For some categories such as grocery and beers, wine and spirits, it seems reasonable to assume that some of the regular demand will have shifted online for good, while for other categories the huge surges they have seen might reach natural limits and slow down.”