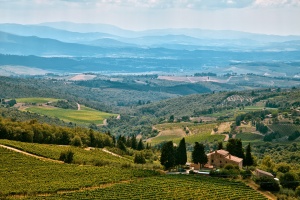 Following the lead of Barolo and Barbaresco, the Chianti Classico Consortium has approved the use of the Menzioni Geografiche Aggiuntive (MGA), or additional geographical units.

The Consortium has chosen 11 MGAs based on criteria including the areas’ historical significance and common flavour profiles of the wines.

“The land makes a difference, this has always been one of our region’s mottos,” president of the Consortium Giovanni Manetti told Italian news outlet ANSA. “The Chianti Classico is a truly unique region and its wines reflect the diversity of sub-zones. It’s for this reason that it is so paramount to preserve its natural context and to communicate it to the consumer, in all its complexity, though the addition of MGAs on the label.”

The consortium has also increased the minimum quantity of Sangiovese required in Gran Selezione blends, from 80% to 90%, and restricted the remaining 10% to indigenous varieties only. Chianti Classico and Chianti Classico Riserva are still able to  be made with a minimum of 80% Sangiovese, blended with native and international red varieties.